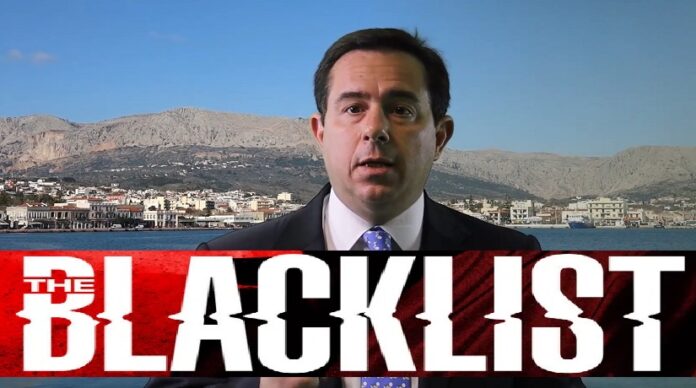 Blacklisting of lawyers by the Ministry of Immigration – Practising law under conditions of persecution (EPDA announcement, 16/9/2022)

By oral order of the Ministry of Immigration, yesterday Thursday September 15 and today Friday September 16, Athens lawyer Evgenia Kouniakis, attorney-at-law for refugees representing the group of Syrians in the recent case of the islet of Evros, was prohibited from entering the Temporary Accommodation Facility in the city of Drama. Among them, one of Ms Kouniakis client is the mother of the 5-year-old who died on the islet of Evros.

The lawyer’s entry into the Facility (which, it should be noted, is not a detention centre) was initially blocked on Thursday, September 15. But following intervention by councillors sitting on the Board of the Athens Bar Association, it was made possible for the lawyer to meet her principal clients at the entrance of the structure and get written (higher than verbal) authorisation.

However, despite the existence of a written authorisation, today Friday September 16, the Ministry once again gave the Commander of the Structure a verbal order to prohibit the entry of the advocate following her having sent a written notification that she would attend the Facility.

This order was given in violation of the Regulation on the Operation of Temporary Accommodation Facilities for citizens of third countries (Ministerial Decision 23/13532 – Official Gazette 5272/B/30-11-2020) which expressly provides: “Article 14, Procedure for the entry of visitors, 1 Entry to the Facility is permitted, after prior notification to the Facility’s Administration under the following conditions on a case-by-case basis:… b) For the legal assistance of the residents, the authorised legal advisors or lawyers of the residents have access to the Facilities”.

The advocate has requested the granting of the prohibition order in writing from the Ministry in order to be informed of the reason for the ban on her entry to the Facility. At the time of writing, no such written response has been given.

From the facts and the oral explanations that have been given, it appears that the Ministry of Immigration has issued a prescription upon this specific advocate, whose the sole cause is the exercise of the defence function and the provision of legal assistance to specific clients, such as the mother of the 5-year-old girl who died on the islet of Evros.

This is an unprecedented institutional divergence from the rule of law, as the work of an authorised lawyer and her access to public structures are here hindered in violation of the Lawyers’ Code, specifically Article 29, paragraph 3 (“All judicial and other authorities must accept and facilitate every lawyer during the exercise of his function, on showing his lawyer’s identity card”) and article 34 par. 2 (“The entry to Ministries and public offices is allowed freely to lawyers on showing their professional identity card, every working day and time without any time limit or other limitation”).

We remind you that the acquisition of the status of lawyer and her/his appointment takes place with the issuance of a relevant appointment decision by the Ministry of Justice, which is published in the Government Gazette (art. 23 par. 3 Lawyers’ Code). Therefore, the Administration (in our case the Ministry of Immigration Policy) cannot remove the legal status at will and prohibit the exercise of the legal function. According to article 1 par. 2 of the Lawyers’ Code “A lawyer is a public official. His function is the foundation of the rule of law”, while according to article 2: “The lawyer is a co-functionary of justice. His position is fundamental, equal, independent and necessary for its award”.

We inform Mr. Mitarakis that the rule of law is not subject to the whims of each passing Minister.

The “Athens Lawyers’ Alternative Intervention” denounces the personal targeting of the lawyer Evgenia Kouniakis and will immediately address the Athens Bar Association to ask for its engagement.

In the next few hours and days, we will share this with both the National Commission for Human Rights and European and international lawyers and rights associations.

The lawyers who defend fundamental rights in Greece are targeted for the sole reason of the exercise of the universal right to have a legal defence. After the revelation of the wiretapping scandal and the allegations of illegal deportations (“pushbacks”) by the Greek authorities, the rule of law in Greece is now in peril. 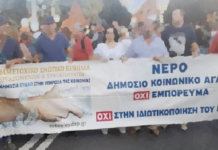 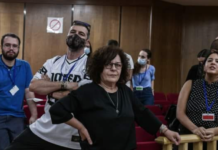 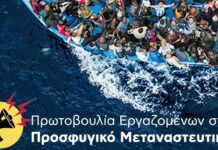